Hello everyone how are you all and what’s going on?

Today we have brought for you the country’s well-known investor and the big bull of the share market. 3 penny stocks of Rakesh Jhunjhunwala’s Guru Radhakrishna Damani Whose value is less than 100Rs. will know whether there is power in business or not.

Today we will not only tell you the stock but also how Radhakrishna Damani became so successful in the share market And in which sector is the bull?
So are you ready to learn a learning, Earning’s

According to media source, it is said that Radhakrishna Damani is the same person who had seen with Manumandra in Scam 1992.

Before discussing about his portfolio, let’s take a look at his life journey.
Because there were completely different twists in his early life. Because he took the biggest risk in life at that stage of age.When a normal person is in panic about home, family and his career Mr. Damani belongs to a middle class Marwadi family After 12th, due to lack of interest in studies, he dropped out of college, and started his ancestral business. Even if he did not like the ancestral business, then he entered the share market.

At that time there were 2 group running in the stock market, one was of Gujarati and the other of Marwadi Whose king was Manumundra At his only gesture, any share would touch the ground.

And they were Marwadi, they had joined Manumundra and printed a lot of money by selling shares short. The group of Marwadis was weighing heavily on the gang of Gujratis but now the game was about to change because Harshad Mehta had joined Gujrat’s group Mehta took his BSE in a few days and became the Big Bull.

The crisis of Radhakrishna group started increasing in their life.After operating ACC cement stock, on one side where Harshad Mehta was taking good funds from the bank to take the stock of the ACC up.

The same , group of Damani was engaged in bringing down stock with its full power , but it was failing Because Harshad had a lot of capital To win this bet, he risked everything by taking 100x leverage of Damani.

But it is said that when courage is seen, luck also supports him. This was the time when Harshad Mehta’s Scam came in front of the world. causing ACC stock to fall

In this fall, Damani earned crores of property in a jiffy, it is said in the media source.But now they had understood that such a survival could not happen for a long time.  during that time D Mart started and today D Mart has 234 stores in one and a half.

Damani is the 4th richest person in the country today, he has 14 stocks in his portfolio as of today. Whose Valuation is 176,708 crore ,This valuation is more than the GDP of many countries.So let’s do a little X-ray of his portfolio and see how he has diversified his portfolio, and which stocks are hold

If you get value additions of even 1% from our content then the link of demat and trading account Zerodha , upstox , angel With whomever you want to open an account, the link is in the description, open it from that link and also motivate us.

Now here you can see according to the chart, their portfolio is very well diversified.Most of the stock they have is from the retail sector , After that there is Finance, Paper and Medical Services.
Cement , Courier extra Complete List You Can View With Chart

You will see a similar well diversified structure for any investor’s portfolio
We have already made a video on how to diversify portfolio properly.

Now let’s have a look at their shares
So which of these stocks do you have that you see in their portfolio? Tell in comment

So whenever you look at the portfolio of a big investor, you will see one thing very common.That is, big investors tend to invest more in small-cap or mid-cap growth stocks ,from where they can get good return  in Damani’s portfolio, there are shares ranging from 27 Rs to 21 Thousand.

But 3 stocks in their portfolio, penny stocks which we are going to discuss, their price is less than 100 Rs.

Here Damani has a holding of 1.88%, whose value is about 33 crores , yes 33 crores It is a subsidiary company of almost 70 years old Sundaram Finance Group. Started in 1993 , company headquarter is in Chennai

Talking about the business of the company this is in investment startup, in fintech space and many other types of investments. Here you can see Market Cap of 1,762 Cr. , Debt is only of 1.18 Cr. Means company is almost debt free which is a good sign

But if we look overall ROCE & ROE should be more, it is less. But now it is small cap company  Growing , can improve further
If you look at their financials over there, then the net income is continuously falling which is a matter of concern

TV18 BROADCAST Ltd. Is Subsidiary company of Reliance , You people will already be familiar with it, you must have also seen its news.

Apart for this CNN NEWS 18 is included
Talking about their revenue model do from Advertisement it is 97% other 3% came from film distribution and others
There if we look at there Financial so Market Cap is of 11,306 Cr. ,Debt on the company is 773 Cr.

So here in this way you are seeing that ROCE, ROE is better too, it means right
And according to PE it’s cheap , means Valuation are not expensive , and not any problem in debt. net income here, it is continuously improving.

It started in 1863 company’s name is RP-SG Retail Ltd. And it’s a subsidiary company of RP-Sanjiv Goenka Group
On their store Almost every type of FMCG product food, personal care, fashion , home essential , electric and electronics are available

In 2008, he launched an omnichannel grocery retailer and his own online shopping portal.The company also owns some of its own brands like 2Bimi, SmartChoice, Double Tick, Clean Home Handsone, Namkeen, Bath beauty and besser many more

Talking about the distribution network, it is spread in India , are in Lucknow, will also be in all state. Headquarter is Kolkata , 191 Retail stores , 14 Distribution centers they have 88,000+ Stock keeping unit. Talk about their online presence so online Presence is in 17 city

Talking about reset development, in July 2019, the company acquired Nature Basket , and tied up with Uber and Rapido to grow their omni channel
To make the delivery of FMCG product quick and fast. They also partnered with Flipkart

That is, the story is not strong from this angle from anywhere, rather disturbing
At the same time, if you look at their net income, it is not only falling continuously, but the loss is also increasing. Revenue is down, EBITDA is down, EPS is down So at this angle, things are messed up

So here are the 2 reasons of financial bad, the first covid, you all know that in 2 years covid shook broke the back of people’s retail business. And there they shifted to online shopping, But if I tell personally in their online app, they are far behind. not like what it should be

due to this reason, people do not shop as much in their online shopping, even after going there they do not use their app.because it bothers so much  ,So here’s a concern

now comes my view , I like a stock out of this which I have already told you TV18 , In which already we are bullish from which level . And there is a lot of big news to come in that. So I like that thing very much in that stock that we keep that stock in our eyes according to the long term. 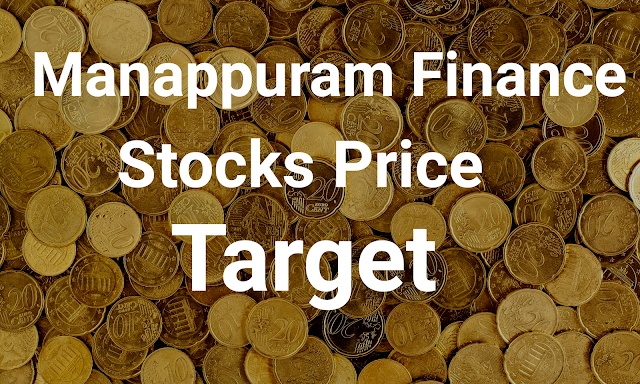 October 25, 2022
TCS declared net profit and a dividend in the second quarter of September 2022.

TCS declared net profit and a dividend in the second quarter of September 2022.

You may have missed

October 25, 2022
TCS declared net profit and a dividend in the second quarter of September 2022.

TCS declared net profit and a dividend in the second quarter of September 2022.

October 11, 2022
These 5 Multibagger Stocks Have Brought Investors Big Profits in the Short Term.

These 5 Multibagger Stocks Have Brought Investors Big Profits in the Short Term.

October 6, 2022
Shock to OYO by preparing to launch an IPO, the valuation fell to $650 million due to the selling of shares.

Shock to OYO by preparing to launch an IPO, the valuation fell to $650 million due to the selling of shares.